The car industry has progressed a lot over the years. From horse carriages to centrally controlled cars, the automobile industry has come a long way from what they were actually produced in their initial years. The cars are nowadays available in various shapes, designs and models to fit every requirement of the individuals and business as well. 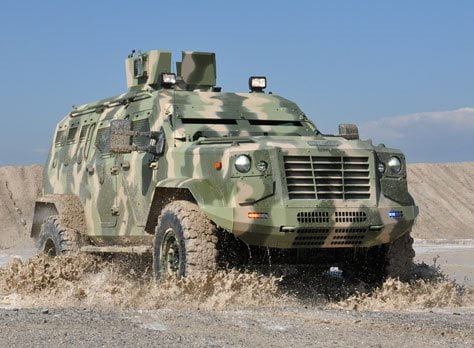 With growing technology, the concept of armored vehicles has come into existence. Armored vehicles are similar to normal cars but vary in the protection and security offered by It. Due to these advanced, improvised features, politicians, banks, and celebrities highly demand armored vehicles.

Besides a plethora of benefits these cars offer, there are some facts I bet you never knew about armored cars. Please have a look at them and learn about some of them.

Yes! The painter of the famous Monalisa painting did it. He was the first one to discover and design the first armored car. His turtle-shaped vehicle was designed so well that turret and canons were used to protect the car from outside attacks.

Just as cool as it sounds, it also required eight men to handle and control the movement of canons in all directions. Initially, he thought of using horses to power the vehicle, but for their unpredictable behavior, the idea of horses was declined.

Since Chicago, in the early ninety’s was considered a dangerous place, many people over there had already started using armored vehicles to protect themselves from police and rivalries. Therefore, people came up, bought some school buses, and modified them with steel panels and metal bars for enhanced protection.

Inspired by this idea, many feature of improved safety allows the passengers to reach their destination fast without leaving the vehicle.

As tires are more prone to attack while fleet, the tires of the armored vehicles can withstand rifle attacks too. Apart from these, the windshields of these vehicles are made of composite layers to absorb bullet attacks and do not shatter easily.

The armored vehicles have CCTV surveillance systems installed inside them that record the driver’s and occupants’ activities and are monitored at the back-end. For enhanced protection, bumpers are installed that prevent the vehicle from blockades and warning lights and sirens that keep the occupants informed of the malicious activities of the thieves trying to get into the vehicle.

At present, there are more than 100,000 armored vehicles on the road, and most people haven’t yet driven an armored car. Among their purchasers, banks and wealthy businessmen top the list.